Only Obama and the Socialist Democrats know that if they tax or steal every penny of the rich THEY ARE STILL LEFT WITH DEBT . The next year they have nothing to pay with but they keep spending as much as the previous year when they took EVERYTHING from the rich.

Test this logic on your 7 year old using blocks and they will see Obamonomics is sick.They may even cry if they see they have no more blocks to pay their debts.

Sarah Palin runs her family budget and when she was Governor she ran her state budget by not spending more than she earned.
********** 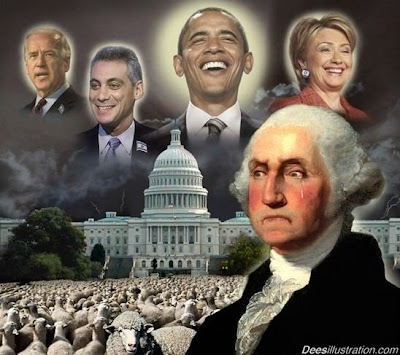 Freedom is never more than one generation away from extinction. We didn't pass it to our children in the bloodstream. It must be fought for, protected, and handed on for them to do the same, or one day we will spend our sunset years telling our children and our children's children what it was once like in the United States where men were free.
Ronald Reagan