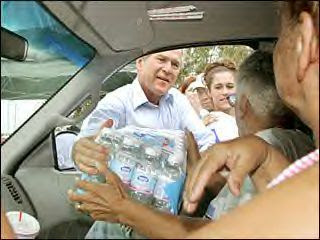 #43
The bama wants us to be a Communist nation and so we will be for one brief
moment in history. When we have the next election with a real American as
president we will do a communist type of activity:Revisionism of History. For
example, we will expunge his name from the history books and the number of
presidents will go from Bush 43 to Palin 44. The numbers will bypass
him - ignore he ever existed. We will surely have to take time out from the real
election to undo all of his childish Junk Executive Orders and undo the
Pelosi/Reid Mayhem . We will then carry on with an American /Capitalist
form of government building .Also,back to basics of (as Michael Savage says)
American Borders, Language ,and Culture issues.

I have no president right now. We will get along fine without one ,as we
will carry our American traditions within us-each one of us.
It is not that a Black man cannot be president it is that this Black man
does not mean very much to us. He has no idea in most circumstances how to
be a president. Not for democrats or Republicans or all parties in-between.
He is a cancer eating out the good cells and organs but we will surive.